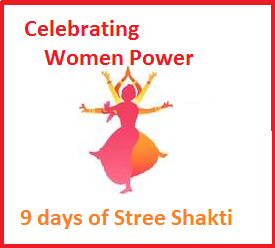 Ideally judgments are passed by courts or panchayats to ensure that justice prevails for the wronged party. However in some cases, the lawmakers themselves take law into their hands and mayhem prevails.

Mukhtaran Biwi or Mukhtar Mai as we know her was an ordinary woman thrown into an inhuman circumstance of justice.  A teenaged boy was accused of having an illicit relationship with a woman of the richer and more powerful Mastoi clan, an accusation that was never proven. As an honour revenge, the cheftain of the Mastoi tribe ordered a gang rape on the accused’s sister, Mukhtar.

In their village, it was a norm for victims of gang rape to commit suicide or live in isolation. However Mukhtar’s story was picked by the Pakistani media and the international press. The Pakistan Chief Justice sentenced the rapists to death and Mukhtar was awarded a sum of fifty thousand as compensation.

On April 21, 2011, Malik Saleem, defence lawyer for the men accused of gang-raping Mukhtaran Mai under orders of the Mastoi clan, announced that five had been acquitted by the Supreme Court of Pakistan while the sixth suspect, Abdul Khalique had his life sentence upheld. Although the release of the suspects places Mukhtaran Mai in even greater danger she has vowed not to shut down her school. The Supreme Court’s decision shocked and disappointed many Pakistanis especially human rights activists.  (Source: Wikipedia)

Post the judgement, Mukhtar began to work towards educating young girls and using education as a means to raise awareness against honour crimes. She also set up the Mukhtar Mai Women’s Welfare organization.

She is the recipient of various international awards and her memoir is an international best seller. Mukhtar’s struggles are far from over but her story is a proof that any oppressor when looked straight in the eye and fought back will back off, no matter however powerful he is.

“Her story is a proof that any oppressor when looked straight in the eye and fought back will back off, no matter however powerful he is”

This entry was posted in Stree Shakti and tagged mukhtar mai, stree shakti. Bookmark the permalink.